An Example to the World 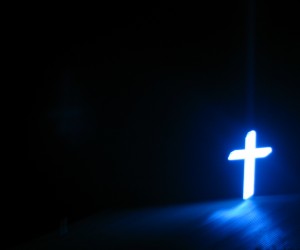 An Example to the World

[p]What kind of example do you desire to be? What if God wants you to be a different example? Would you surrender to it?[/p]

[p]I know personally (selfishly) that I would love for God to be able to use me as a key example of His. I would want Him to say that I am a good example of godliness or humility or parenting or pastoring or leadership. My pride would love for the God of the universe to use me as an example to the generations of “How to Grow a Dying Church” or some accomplishment that I may be able to achieve. The only problem is that I am none of those things. My pride wants to believe that I am at least some of those things, but I am not a good example of any of them. Others may think so, but they only know the “public” Ryan. I get to spend significant time with the “private” Ryan.[/p]

[p]Yet so much of my energy is spent on trying to be a good example of something – something that can boost my ego.[/p]

[p]What if God wants to use me as an example? Awesome! What kind of example? Oh, wait a minute. Can’t I be an example of something better than that? These were my thoughts (very transparent I might add) as I read a pssage from the Bible today. It is found in Ephesians 2. This is what it says in verses 1-6…[/p]

[p] 1Once you were dead because of your disobedience and your many sins. 2 You used to live in sin, just like the rest of the world, obeying the devil—the commander of the powers in the unseen world.He is the spirit at work in the hearts of those who refuse to obey God. 3 All of us used to live that way, following the passionate desires and inclinations of our sinful nature. By our very nature we were subject to God’s anger, just like everyone else. [/p]

[p] 4 But God is so rich in mercy, and he loved us so much, 5 that even though we were dead because of our sins, he gave us life when he raised Christ from the dead. (It is only by God’s grace that you have been saved!) 6 For he raised us from the dead along with Christ and seated us with him in the heavenly realms because we are united with Christ Jesus.[/p]

[p]Now these are some verses that I have read and preached on many occasions. They remind me of who I was before Christ showed His mercy. I was a dead man that Jesus brought back to life. Then it hit me in verse 7…[/p]

[p]7 So God can point to us in all future ages as examples of the incredible wealth of his grace and kindness toward us, as shown in all he has done for us who are united with Christ Jesus.[/p]

[p]God can point to me (His object lesson) in all of the future ages as an example not of my successes but of His grace. But wait a second that would mean that I am example of something that is not about ME. I think that so many times we forfeit how God wants to use us so that we can make up our own success story. In that story, it is usually not about Him at all. God says, “I want to use you as an example and the example is this – My grace is amazing! It is an incredible wealth.”[/p]

[p]We do not want to be that example because it doesn’t exalt us. As you focus your attention on that thought for a minute, what is God trying to say to you?[/p]

[p]You see for God to use as an example of grace, it means that we have failed not succeeded. It means that I am more example because of my failures and God’s success. God’s grace means that any successes that we may experience is because God allowed it. We didn’t do squat to deserve it. It is an example of the “incredible wealth of His grace”.[/p]

Are you happy to be an example because of your failures and God’s goodness? God help me to embrace and enjoy my role as your example of grace.

Let Someone Else Say So

Login to Northline Church
Reset Password
Enter the username or e-mail you used in your profile. A password reset link will be sent to you by email.